Young women around Australia are being struck down by a mystery neurological illness - with experts fearing social media addiction and pandemic stress is triggering the problem.

Doesn't sound that different to the behaviour of a lot of modern teenage girls these days...

'This bright, spunky, fiercely independent young girl just trapped in her own body, in her own head. It's really hard to watch,' Melissa told 60 Minutes of her daughter Metallyka - before the teen slaps her mother.

Which teenage girl hasn't wanted to do that at some point? Have they found a way to do it and get treated as if they are the victim, I wonder?

Nicole, a British 15-year-old began suffering from her tics shortly before her 13th birthday - with minor facial twitches transforming into violent physical and verbal outbursts. Her mother said the most confronting of her tics is she will commonly shout 'I am Madeleine McCann, I've been kidnapped' in public. Like many other cases, Nicole's tics came on during Covid when she was admittedly 'very lonely'.

Long time readers of 'Fortean Times', of which I count myself as one, will not be unfamiliar with this pattern that's emerging, of course. The ontly real modern twist is it's being spread via the Internet.

The professor pointed to the mimicking of TikTok videos showing tics being broadcast around the world - with 16-year-old Michaela admitting seeing the clips had triggered her behaviour and even seen her mirroring it. She has now 'fully recovered', with Professor Dale saying the disorder is 'definitely' something that can be overcome but admitted only 20 per cent of his patients have kicked the condition. 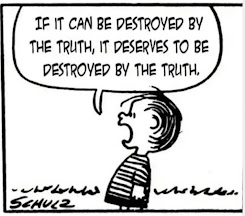