In Blighty and across the pond

Not sure what to add to all that's being said in the land of Blighty at the mo.  Here's one from DAD at another site:

BoJo - Just like his grandfather. {I wonder if the end will be similar}

Well, he's certainly getting it in the neck at the moment.  Across the pond, there is this:

This Is Not A Vaccine! Let's Call It What It Is - Dr David Martin And Dr Judy A Mikovitshttps://www.bitchute.com/video/j73JuzQQgy5q/

I was moved to write:

It concerns this David Martin who's wormed his way into Judy M's confidence.  He gets around, does our "Dr." Martin.  There's a difference between wanting a slice of the national conversation any which way ... and a nefarious personal agenda.  Martin is a classic "reinvent himself" merchant [posts passim].  Be very, very careful with him.

To which 'our' Ripper added:

Correct me if I'm wrong but I don't think that Martin is a doctor. AFAIK he deals with patents not patients. And if you check him out you will find that he's associated with some pretty unsavoury organisations. Therefore, although he appears to say the right things, I've thrown him in the same category as Charlie Ward, that is, a BS artist. I mean, take a look at his company logo for a start.https://www.m-cam.com/

I've previously made the point about Dr. Naomi Wolf, the [reformed] feminist now supporting patients in this current medical horror ... she is actually a doctor.  Just not of medicine, that's all.

However, look at many of these so-called 'qualified' doctors for whom Nuremberg is a dirty word and Pharma a paycheck for troughers.  I'd dare say 'our' Naomi is far more au fait with the situation through her exploration, plus she's being thrown in jail for saying it.  So whom does one believe ... Naomi, Malone, Mikovits ... or Gates, Fauci, Birx, Ferguson, Whitty?

Bona fides is an interesting concept, no?  In this post-truth age.

Posted by James Higham at 07:29 No comments:

It Would Be Interesting To Overlay This Map With The One About Putin's Nuclear Threat On The Capital...

...and see which one would do the most damage! 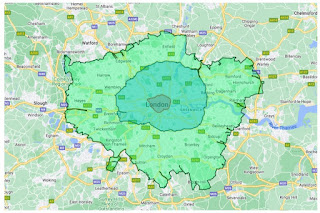 I fear it might not be the one showing the fallout from a nuclear strike...

London's Ultra Low Emission Zone (ULEZ) could be extended towards the Surrey border as efforts are made to reduce pollution and congestion in the city. Drivers of the most polluting vehicles could face a charge if they travel on part of the A3 or into Kingston, Richmond, Sutton and Croydon under the proposed expansion.

Mayor of London Sadiq Khan has asked Transport for London to consult on plans to expand the ULEZ for 2023. At the moment any vehicle that does not meet the European emission requirements must pay £12.50 per day to travel through any part of the designated ULEZ area.

£12.50 every time you take your car off the drive to go to Tesco. When does this madness ever stop?

What's in the numbers?

The Daily Sceptic has, today:

Hospitals Bring Back Masks and Social Distancing as Covid Admissions Surge – But TWO THIRDS Are in Hospital For Something Else
One might be forgiven for thinking that the aim is to convert the two thirds to the other one third and then bumble their way to killing them all off.
Forgive me again but hospitals seem, to me, to be places to studiously avoid these days if at all possible.
Posted by James Higham at 07:03 4 comments:

Tues 21:17: We are not asleep at OoL ... watching developments carefully.
Posted by James Higham at 21:16 No comments:

Two thoughts for the day

Subdivided into many other thoughts.
1.  Why? 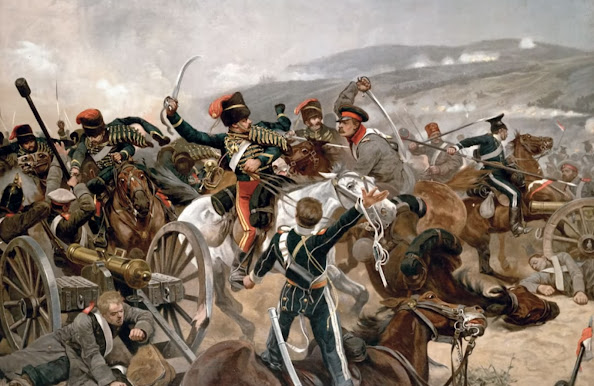 Alternatively: "For whom?" Then: "Why?"
2.  The questions are suggested by the text: 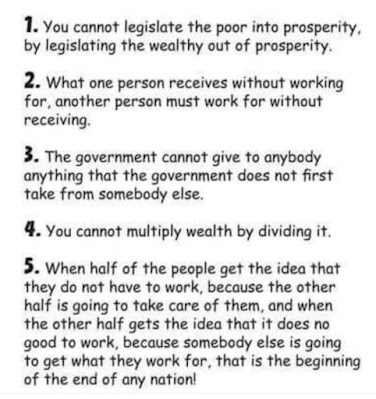 The Mounties No Longer Get Their Man...

...because they no longer know what one is: 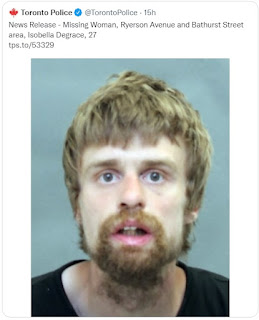 She is described as 5’10", with a thin build, shaggy blonde hair, and a full goatee. She was last seen wearing a black t-shirt and grey pants. Police are concerned for her safety.

I'm concerned for the sanity of the people who can put this out into the public domain...

Happy July 4th to those who deserve it

First of all - to those who value the US as one nation, indivisible under God: 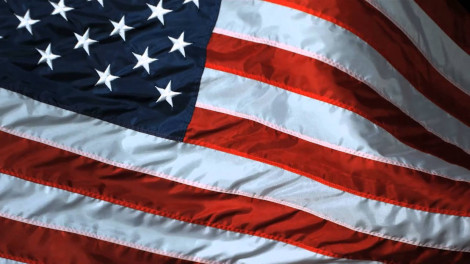 ... consider this from a legal Cuban American: 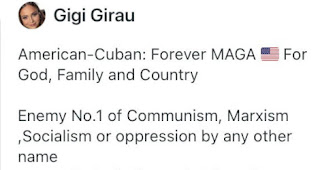 ... then weep for this sent me by Tumblr:

My case rests. Happy J4 to all who deserve the good wishes.

Was talking with a mate and made the point that there's little of interest going on in Britain currently, compared to the US breaking up on this Independence Day weekend.  There are things going on of course with Carrie BoJohn but they're hidden behind his gross distractions, e.g. in the Ukraine.  With Common Purpose driving every key role in the UK, it's a far more lost cause than over there, where at least they put up a fight.
For example, I saw this today: 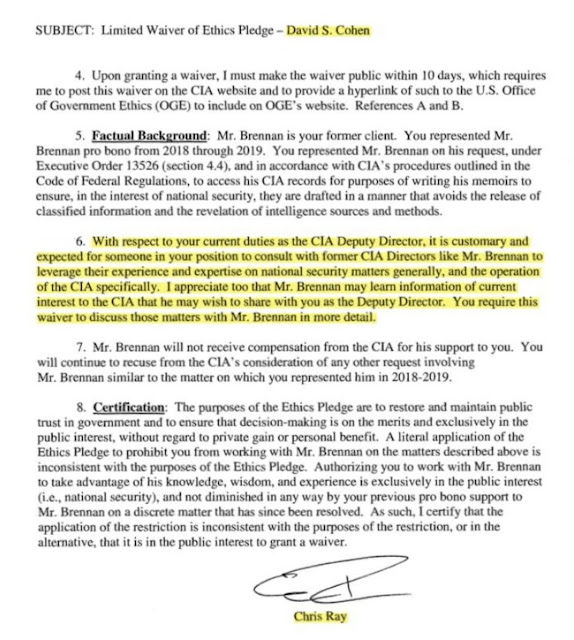 https://www.cia.gov/static/a99659002ce6da293d7dd7fb93ab788d/Limited-Waiver-of-Ethics-Pledge-Cohen.pdf
For Brits reading this, d'you think it's any less corrupt here?  It's just hidden better.
Posted by James Higham at 06:56 1 comment:

What do you call the surgical removal of a child’s penis and testicles? According to President Joe Biden’s Assistant Secretary of Health Richard (Rachel) Levine, a man wearing makeup, a dress, and with long, unkempt hair who says he is a woman: but doesn’t really fool anybody;  you call such mutilation “Gender-affirming care”

Richard Levine also stated “Gender affirming care is lifesaving, medically necessary, age-appropriate, and a critical tool for health care providers, As a paediatrician, when it comes to making sure kids are healthy and happy, I know how important care that affirmed someone’s true identity can be,” Levine added. He also tweeted “Sex reassignment surgery and puberty blockers for KIDS is lifesaving, medically necessary, age appropriate, and a critical tool”

Now I accept that America and England are, as Oscar Wilde commented, two nations divided by a common language, but I reckon we just have to draw that line somewhere, so we should start with the medical term ‘paediatrician’. The medical dictionary states that a  ‘paediatrician’ is a medical practitioner specialising in children and their diseases. So I just wonder what exactly the illness is in a male child which is cured or treated by the surgical removal of that child’s penis and testicles? Or is this man’s advice to American doctors who are treating a young boy’s natural worries regarding his true sexuality with only one action.

When a patient is diagnosed with testicular cancer, the removal of one or both of the testes is usually indicated, but this fraud is telling his audience, doctors and surgeons, that a young person’s natural worries about his sexuality can only be treated exactly the same as cancer.

Has ANY American Democratic Party voter actually stepped back and had a good, hard look at what this terrifying Fraud is actually preaching as good medical practice? Here in Great Britain & Northern Ireland, there are a few morons masquerading as medical practitioners, and both adhering to, and proselytising their strange ideas about Gender Change, Assignment and other weird, totally off the wall and unproven philosophies.

Just the other day, I read a story about this young man, age around twenty-plus, who had been talked into this drastic surgery as the only TREATMENT for his natural concerns and worries about his sexuality. As he came too after the surgery, he realised what THEY, the doctors and clinicians had done to him, and he is now suing the NHS. What the actual legal charges will be is up to him and his solicitors, but hope that an instruction from the Judge will simply be to tell these shysters to stop prescribing puberty blockers, stop meddling with a person’s mind, and to be removed from the medical registry until such time as they rid themselves of all this pseudo-gender garbage’ besides telling the NHS and these vultures that they will be paying damages of £millions to this unfortunate young man.

We are being stealthily surrendered to a ‘Woke’ generation who believe implicitly that its either their way or no way. For every single ‘result’, where some politician states ‘enough and no further’, there are ten more stealthy ‘surrenders’ to this same ‘Woke’ bunch of LeftWing Morons!

What a bunch of Cnuts!

The Independent Office for Police Conduct is investigating Arthur’s death. The driver of the unmarked police car is under criminal investigation for the offence of causing death by dangerous driving. He has not been arrested.

A 56-year-old man, thought to be driving a black BMW, has been arrested on suspicion of causing death by dangerous driving.

Email ThisBlogThis!Share to TwitterShare to FacebookShare to Pinterest
Labels: beyond belief, modern policing, they protect their own
Older Posts Home
Subscribe to: Posts (Atom)
HOME