Torquaymada [wonderful moniker] was the chap at the other place who picked up on this: 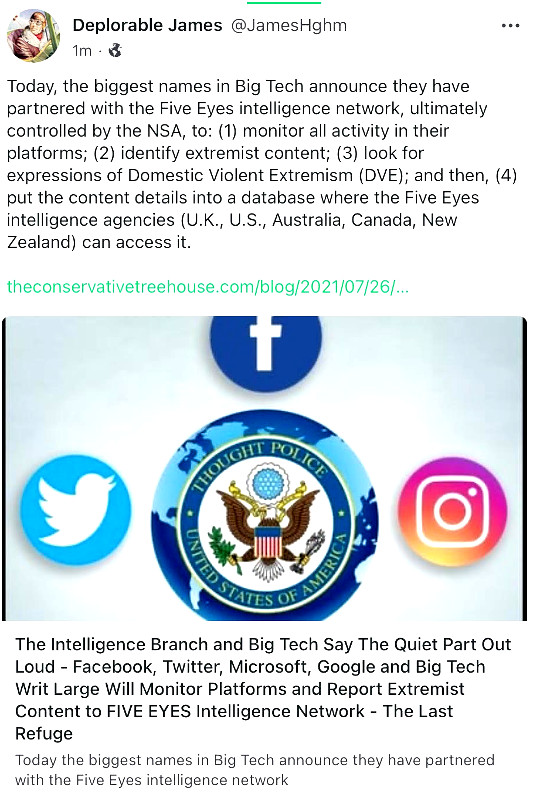 In fact, I was looking for an excuse to run this below but lacked the specific prattiness of Big Tech and Five Eyes until now: 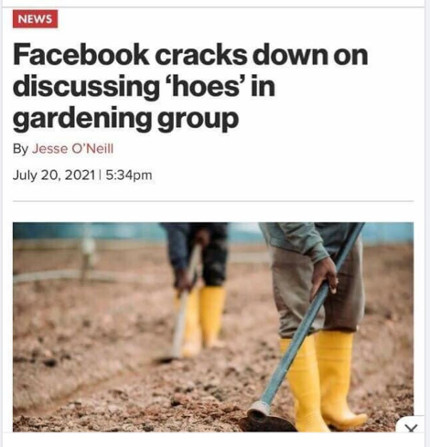 Anyway, Arden, NZ's version of Cortez of the Squad, has shifted her allegiance to China instead, being the communist she is, and thus it is now Four Eyes.
Well, Four Eyes, I'd just like to ask this - does it not seem a tad incongruous that you're coming after patriotic, ordinary folk, in fact largely centrist/conservatives such as those who marched all over the western world on Saturday, yet you protect the real terrorists whom we won't name as it's a crime but have a look at the start of any football game and you'll see them worshipped ...?
Now fair dos - Google/Blogger have been pretty good with us here till now and it is FB/Twitter who are the real prats at this time. In return, we undertake to do the right thing by our hosts as far as we are able.
Posted by James Higham at 08:08