Of racism, reason and reality

Sackers made the comment that Enoch Powell's RofB speech was deliberately provocative, thereby precluding any meaningful dialogue at the time.

The general principle of efficacious dialogue is a sound one and Sackers is forever pursuing such a thing: 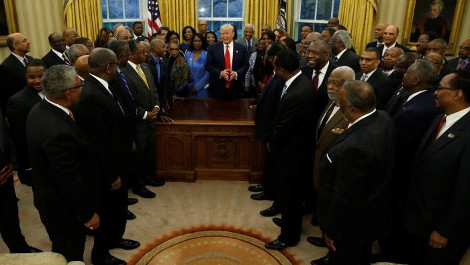 Well done.  The question then is how far this filters down through the 'black community' in order to defuse potentially provocative situations: 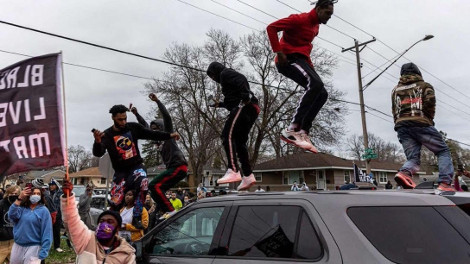 Ah but that's the whole issue, reply those of a different, 'refugees welcome' point of view. These in the picture are paid agitators, say apologists, led by a woman in the States who has just bought a home for millions of dollars in Topanga valley, almost exclusively well-heeled white.  Goes down very well.  Not. 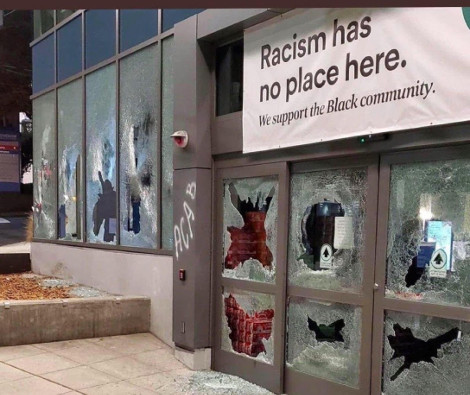 Again - highly selective on my part?  Well let's go to some footage of a couple of young kids getting onto a school bus - the opening sequence is the main one:

Oh dear, I've just wasted twenty minutes scrolling down Twitter looking for the footage I'd saved, leaving me no option but to describe it.  The yellow bus was packed, two black girls of around 7 to 9 years of age were denied entry, they proceeded to kick in the bus door, breaking the glass.  Then they tried to climb up the side and get in through the window.  Wonder why Twitter would have removed that?

Never mind, 'moving on' as Princess Anne said to the interviewer.  This below is a shot from footage of the looting of a dollar store.  The footage of them on the pavement shows all blacks, but look carefully in this shot at the girl with black jeans and grey top in the background: 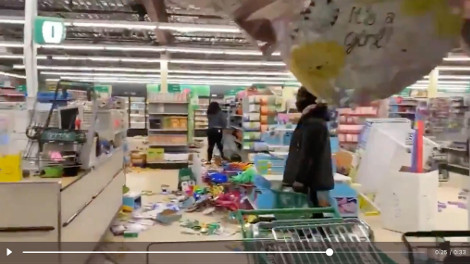 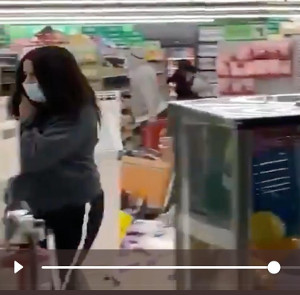 She seems white to me, an SJW.  Notice also that by this stage, the looting is already done.  But again, these are radicals, no?  How about an ordinary black guy going about his business - a cyclist is on the ground for some reason, the kindly black guy comes over to lend a hand:

For those unable to access that, the black guy comes over to snatch the bag but one of the indigenous tells him to back off and he does.  I suspect the indigenous guy had a gun.

All right, moving on, how about this one? 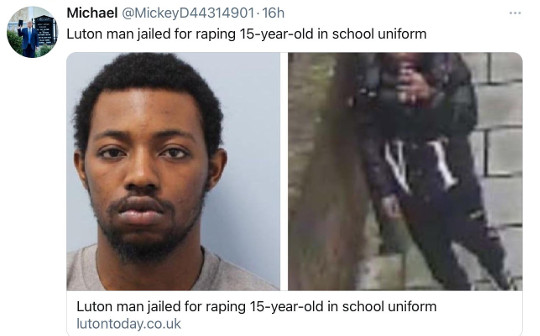 Did someone say Luton?  How about this from TR?

For those unable to access, story is the tale of two children.  The first, and I'll not dare mention his colour, had £160K raised for him/her, Mayor of London, Johnson, MSM, all behind it, now out of danger.  The second child is part of an English family, they were forced out of their home after complaining about the child being bullied, local council had to put them into safe housing to keep the M*****s off them.  It's Leeds.

This is the house, owned by M*****s, who are the demographic seeking the kid called Bailey out to beat or kill: 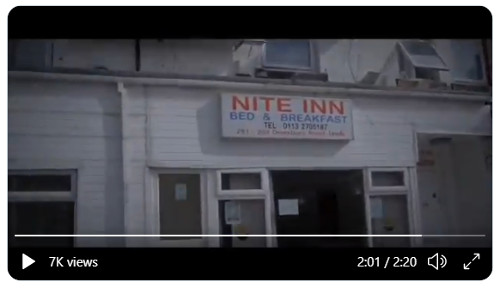 The mother, the kid and his two sisters around 9 years old were to be holed up here, with a brothel next door and this a rent by the hour feeder house, in heavily M****m area of town.  The mum looked the place up, said no way.
Ah, but I've strayed from the 'black community', have I not?  Incidentally, why must there be a 'black community'?  Why not an American or British or English community where other ethnicities just fit in and join in with the local culture?  Moving on - in America, there are of course restrictions on the M****m community as well as anyone else, for Corona reasons, yes?

I'm allowed to say the full name there because it's a worthy person working for a worthy cause, yes?  This is the person who said, about 911 - just some people doing something.
So let's leave the topic of M*****s and b****s altogether, for fear of being branded r**ist.  Let's look instead at the landings: 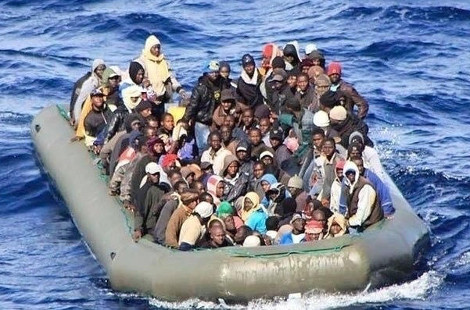 Come to think of it, let's not.  Let's end the post here.